It started as a discussion on what you can do when you have a live cat stuck in a historical building? But it became a true American story of helping someone who can not help themself. We were interviewed early in the search for an evening Fox telecast and the floodgates immediately opened. The response to the story was huge and day by day the crowd of reporters and onlookers grew, became more frenzied and somewhat out of control. I knew it was a big story when I was interviewed for the London Times and provided some clips for a Japanese television station. How did all of this attention help? Plain and simple, the media attention allowed us to keep searching for Molly. It put pressure on all parties who might have otherwise tried to stop us. The media has a bad reputation but truth be told, they replied to everything we asked them. If we aksed them to be quiet or move back, they did. We also made sure to give updates, detailed information and as many story lines as possible. I feel it was a positive experience on both sides. How did all the attention hurt? All of the people gathered in front of the building did limit the amount of time we could actually here Molly. It was not a surprise that when crowds would disperse or significantly quiet down, we would start hear her crying.

The area we were searching in became a health hazard between dust, dirt and exhaustion. What made it more difficult was the mob right on top of us at all hours of the day. When we could step outside to take a break we would be bombarded with media interviews, but more exhausting were those who had come down to “tell us” where Molly was and what we should be doing. These persons were all self-proclaimed animal rescuers and all thought they had the magic answer like putting a ferrit in the holes of the building; french sheeba; cat nip; and then there were those who were 100% sure Molly was actually stuck across the street somewhere. I would receive phone calls from people who had never been to the site, never even seen pictures of the site but yet knew where she was. Not all of these people were out there but many of them were disruptive and actually had a negative effect on those who were working so hard to save Molly. In the future, if there ever is an event like this again, there should be one person or group to deal with these people and maybe even a suggestion box to divert them to.

Those who made a point of letting us know how ridiculous they found our search
and even those who hoped we would fail.

Was it a surprise to me, that from the very beggining this was a big story? No, not at all because maybe based on the fact that I work in pet services, I know first hand how large the animal contigent has become and how passionate they are. It is now the majority and that is without question. There were many people who would pass by our site and vent their frustration at us and the whole scene. Some people said if this was a kid stuck in the building, no one would care? That’s ridiculous. If a kid or any human being had been stuck in the building there would have been no discussion at all, being a Historical building or not. They would have ripped the building apart without a moments thought if their had been a human stuck in the building. Many people actually joked about the cat dying and others (who happened to be animal owners themselves) didn’t understand all the commotion for one cat? This is always something that has miffed me. The contingent of people whose entire world revolved around their pet(s) and yet they could care less about the state of animal welfare around the world.Would these same animal owners have found it so ridiculous if their pet was stuck in the building and every hour you did not get it could be it’s last? I’m confident they would have been singing a different tune. But then I guess that’s what separates those who care, help and save in this world anyway, right? They care even when they are not directly affected. They do it because they know it’s the right thing and they don’t need a pat on the back for doing that.

Why was this more than just saving one cat?

It was a consistant mantra from those who wanted us to fail in our search for Molly. Isn’t this a bit ridiculous for one cat, they would say. But none of us saw this as a search for just one cat. We saw this as a symbol of our appreciation for animals. And in a small way we were saving this cat for all the animals who had never been saved. This cat was going to live and there was just no other way.

Are you suprised by the National and World coverage this received?

No, I’m not surprised at all. I work in the pet service industry so I get to see this first hand. Animal lovers are now by far the majority in this country and views of animals are improving all over the world. How often do you hear someone say, “I like animals more than people.” A volunteer animal rescue with this passion and dedication could happen in any neighborhood in the U.S.. This is also a true American story. Even with some of the bad press and feelings the U.S. has received in the past few years, we are still known as the Country who loves the underdog and is there to help those who can not help themself. At heart I still beleive that is a big part of being an American and always will be. The search for Molly embodies those virtues and only someone who has not experienced the un-conditional love an animal gives you would have a problem with searching for an animal with the same passion you would a human.

I’ve never looked at things this way. I realize this is a humans world and always will be. But that shouldn’t stop us from treating animals better, realizing the powerful benefits they have on our lives and treating them with respect both in life and in death for those who are eaten for consumption. Why? Just like us, animals feel. They feel happy, sad and nervous. 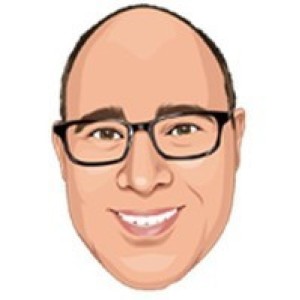 Josh Schermer has owned pet-related businesses for over twenty years. He has created, managed, and been partners in over ten pet services. These have included dog walking, pet sitting, dog running, dog training, dog boarding, doggy daycare, and dog grooming. Josh is an avid blogger, expert in Local SEO, and he's a vegan and tries to live a cruelty-free lifestyle. Josh is the founder of SparkyGo.com.

If you need a dog trainer in Manhattan, make sure to check Dog Training NYC.